Breeding Nara™ native turf is the most important breeding work I have ever done.

I have bred many forms of turf, such as Sapphire® Buffalo, Kenda® Kikuyu and Stadium® Couch, but I feel the most important breeding work I have ever done is to develop Nara™ Native Turf.

For over 18 years I have been trying to develop a good all round native turf. I tried Microlaena, Sporobolus, native paspalums and even the only native Couch subspecies.

Although by this time I had developed a variety called T11, which was atleast a big improvement over common Zoysia macrantha.

The next year a seedling grew from the T11, and I hit the jackpot. It was so much faster than the common native turf, and a lot faster than T11. I had taken a native turf that would take 3 to 4 years to grow a crop on a turf farm, that would not cope with the rigors of a general purpose lawn, and turned it into Nara™ native turf.

A turf that growers could grow easily, and more importantly, a native turf that Australians could use easily, and in the same way they use a traditional lawn. Finally, the first and only all purpose native turf was born.

‘MAC03’, a type of Zoysia macrantha, is a multi-generational selection that has taken almost a decade to breed. It will cover the ground close to three times as fast as the common form of Zoysia macrantha. It is more salt tolerant than the Zoysia japonicaforms, is rust resistant and is an easy turf to grow. It has a slightly finer leaf than Empire™ Turf, yet broader than common Zoysia macrantha. 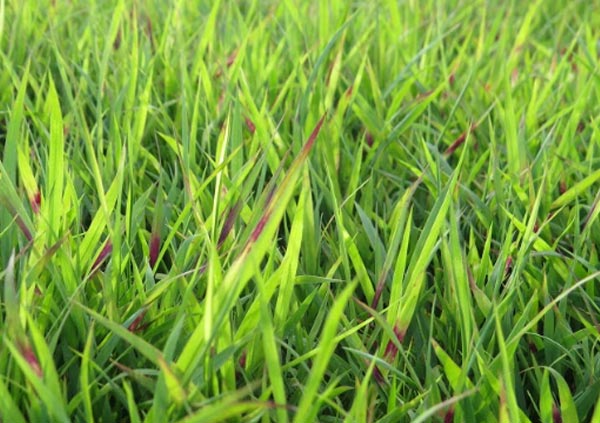 It has a slightly finer leaf than the only other widely grown Zoysia, namely Empire™ turf (not native). It has a different colour, typical of other Zoysia macrantha types, and when unmown it is easily identified as it has the typical Zoysia macrantha look, having more elongated leaves than the Zoysia japonica forms.

When mown it forms a dense mat, but is not a thatchy turf. It has very quick spring green up, and has better winter colour than couch lawns. Weeds can be sprayed out with most herbicides that can be used on couch. Nara™ Zoysia ‘MAC03’ is easy to grow.