Nara™ native turf is a low maintenance grass that is naturally very drought tolerant. It is generally a coastal grass but has been proven to work well many hundreds of kilometres inland. Common Zoysia macrantha is very salt tolerant, so it is no surprise that Nara™ turf has this quality as well, although it is better watered with fresh water when possible. 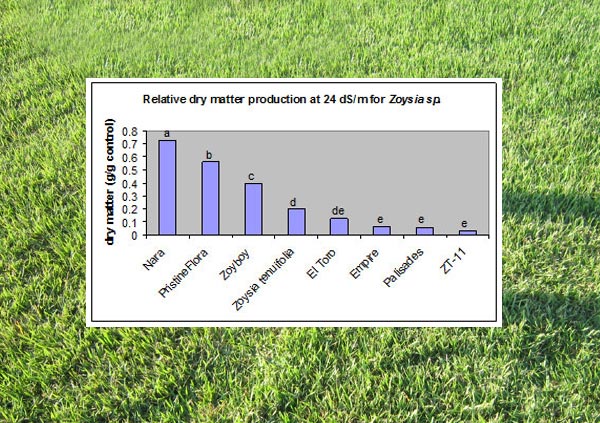 In tests, Nara™ native turf had much more salt tolerance than Empire™ Zoysia, which is known for its excellent salt tolerance in comparison to other grasses. When Nara™ Zoysia was tested and compared to a selection of common Zoysia macrantha types in breeding, it had salt tolerance at the mid to lower end of the species. Not as high as some, but still much higher than Couch, Buffalo and Empire.

This is only important because people need to know it cannot handle growing in sea water. However, growing close to the beach or on waterfront properties is not a problem. Nara™ native turf is the best grass for salt areas. Nara™ Zoysia can handle the most salt at 24 dS/m (deci-semen/metre) over 15000 parts per million. It had the best results out of all Zoysia’s in this study.